Announcing the arrival of Billy the donkey.

Dyfi Donkeys have a new addition, a beautiful dark bay gelding called Billy. As far as we know Billy is about 9 years old and stands about the same height as Del-Boy and Muffin. 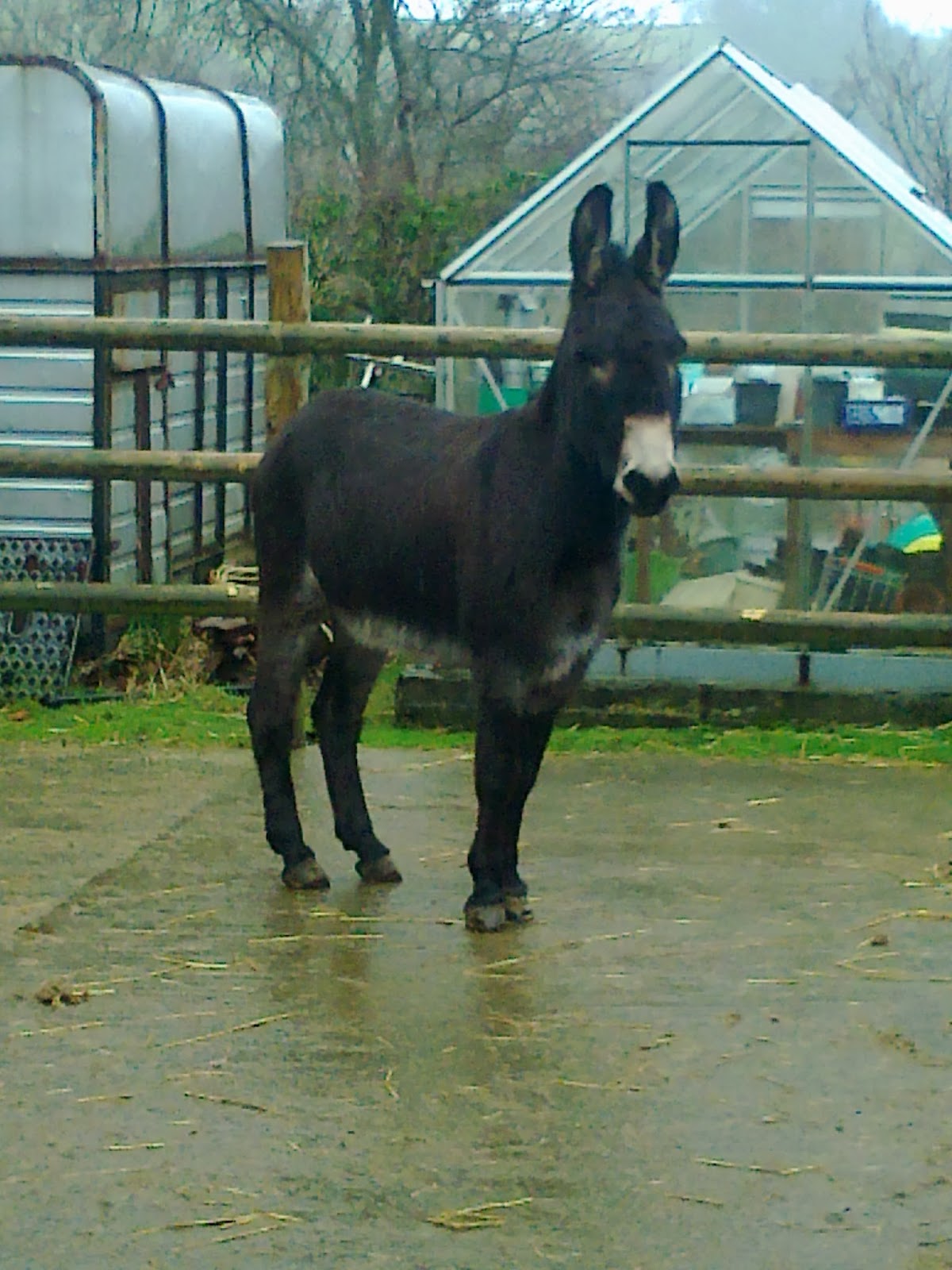 So what's his story ? Why is Billy at Dyfi Donkeys?


Billy used to live at an adult care facility in Dolgellau with his buddy Harry. They had both come to the home about 8 years ago when Billy was still very young. Sadly a fortnight ago , Harry passed away; he was much older than Billy . So Billy was left all alone with just a little pony to keep him company.

The owner of the care facility thought that Billy would be better of with other donkeys rather than a pony so contacted Dyfi Donkeys to see if we would be prepared to offer Billy a new home. Louise went to see him last Tuesday and realised that this was a really nice donkey. He has a lovely temperament , maybe a little timid at the moment but because he has been used to being handled by adults with learning difficulties he is used to being gentle and calm.

Billy was a little sad to have lost his best friend and so we decided to move him as soon as possible. On Friday we headed off with the trailer to pick him up.  Billy was a little reticent to get in the trailer ; although this maybe because some of his friends from the home had come to see him go and maybe he could tell they were sad. Eventually we convinced him to mount the ramp and off we sped back to Dyfi Donkeys.

Louise decided it would be a bit much for him to be turned out with all the other donkeys. Everyone was really pleased to see him when he arrived and were very vocal, but she put him in a stable with Twister.This is good for Billy because he suffers from seedy toe so a nice dry stable is a good place to be.

In the morning the rest of the donkeys were allowed in to meet him. Billy was a little overwhelmed but he had plenty of his own space. After a while the rest of the gang got tired of bothering him and wandered of. Then Billy asked to be let out. 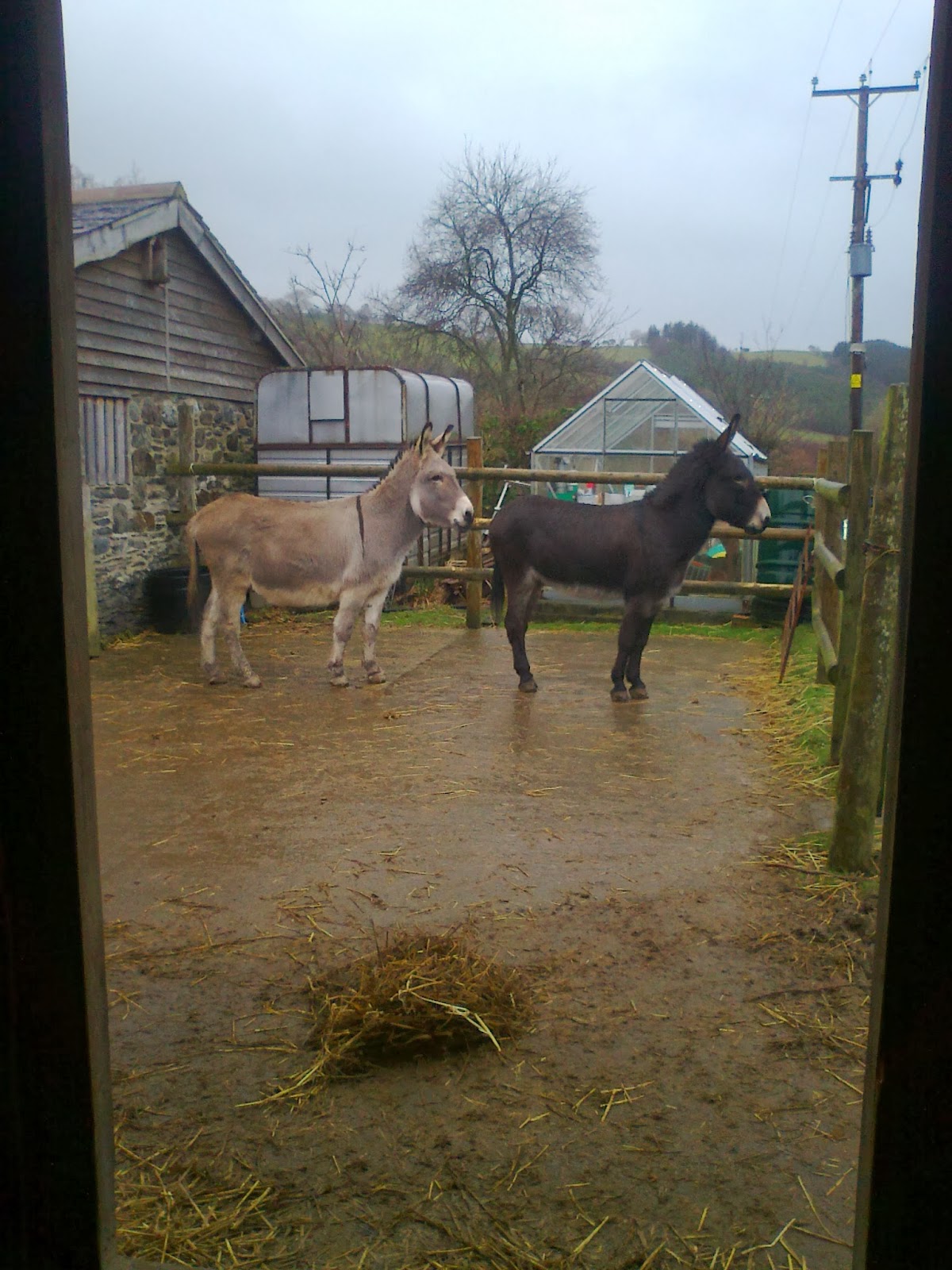 Everyone made him feel really welcome and by the end of the day he was happily wandering round the the field with everyone else. By teatime Billy was ready to come back into his stable. So last night he spent with Twister again, he doesn't have to fight for his food and his feet are nice and dry.
Today Billy has been out again and has been playing with Muffin and Del-Boy. 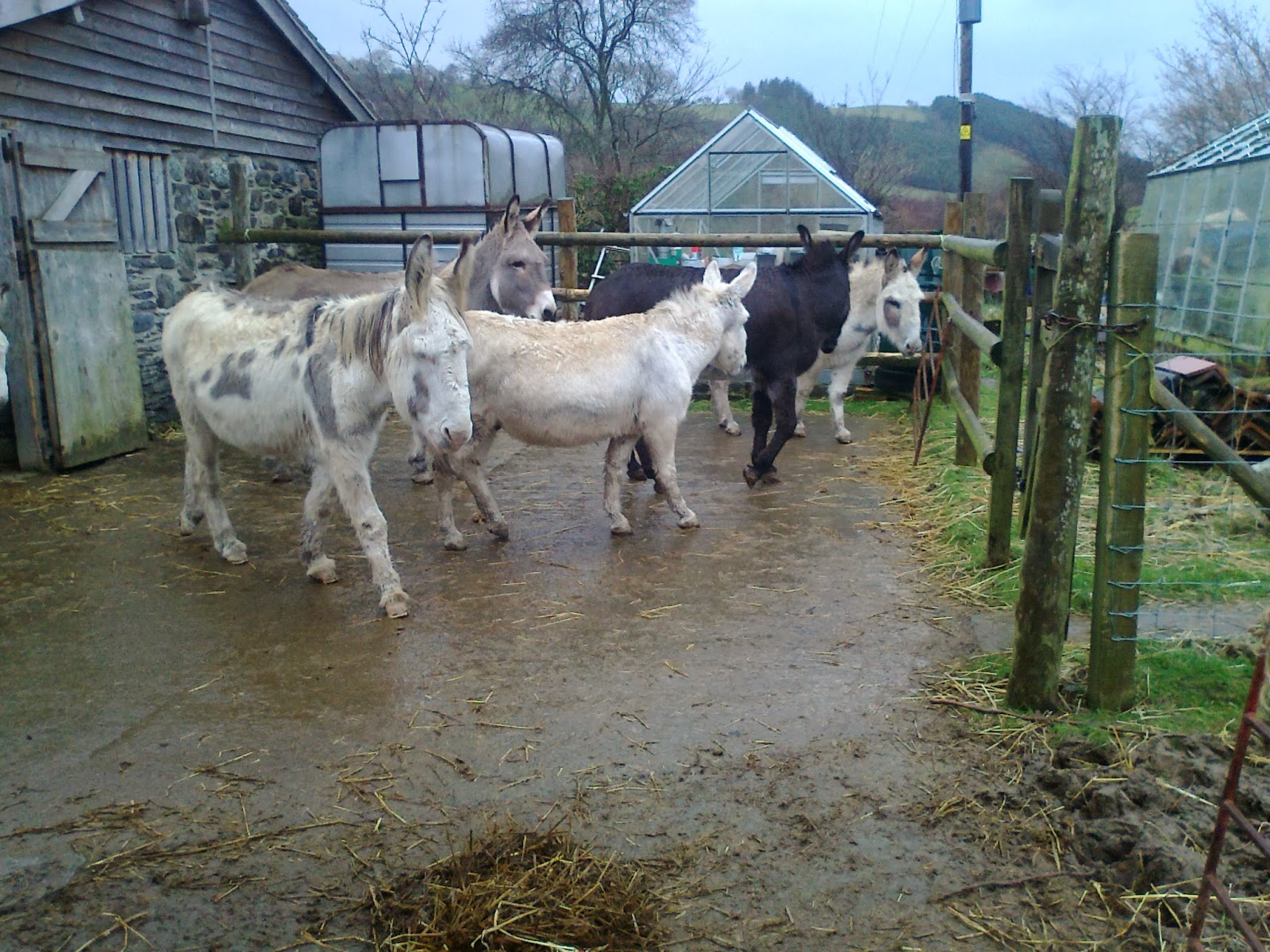 Everyone seems happy, and  Billy has settled in really well. We are all happy to have him and hopefully he is happy to be here. We have lots of work to do with him but once his feet are sorted we hope to be taking Billy down to the beach.